Complaining about millennials has become common place. It would not be too bad except it infects the workplace. As a result, it corrupts how we assess millennial talent. Yet, does this complaining really show signs of getting old? 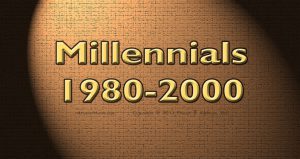 Complaining about millennials has been going on for millennia, just in different forms.

Behind The Hype About Millennials

Under all of this hype, millennials want the same things workers of all ages want from a job: interesting work, appreciation from bosses, rewards for good work and opportunities to advance.

That doesn’t mean millennials aren’t problems though. Don’t be silly. They’re young people. Young people are always problems for their older peers, always have, always will be. It’s just today we have become better at making money on this age old bias.

The Age-Old Bias Toward Young People

This musical clip from the 1943 movie, North Star, highlights this bias toward young people. In it, young people sing advice to their parents (lyrics).

As we hear often, people don’t like change. Young people are change though. Thus, it’s easy to project our dislike of change onto them. Complaining about millennials is just one form.

Another form of projecting this dislike, is wrongly assessing millennial talent. It should be done in today’s context, not in the context of some idyllic vision of how things were.

People often think of aging as a physical, mental or emotional thing. It’s really about change though. Life refreshes every day, literally and figuratively.

That means there’s a correlation between aging and change. As people age, they complain more about change. Millennials are change. Makes sense then that complaining about millennials shows signs of getting old.

Yet, the above song injects humor into all this as the young adults conclude:

Parents forgive all we do

For someday we’ll suffer too,

When in turn we will groan

At some children of our own.

Perhaps that’s why, when my brothers and I were at our worse, my parents would wish that we would have children just like us.