The study of empathy grows. Better research methodologies and technology help. They only tell part of the story though. A bona fide movement to understand empathy and the types of empathy seems to exist.

Yet, little exists on how this work works into everyday life. Most seem to just define the types of empathy. What do they mean to us though in our lives? Thus, an everyday guide to empathy’s types fills the void. There are five types. 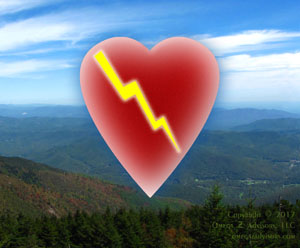 All types of empathy expand our vision of the emotions and passions that drive others.

When people talk about empathy without typing it, it’s best to assume cognitive empathy. It’s the most generic. Simply, it’s understanding another’s feelings. Most times this comes from clues.

Facial expressions and contexts are clues. Moving into a first home or finding a job are contextual clues. Smiles and frowns are facial ones. That’s why most empathy tests showing pictures of facial expressions are testing for cognitive empathy.

Understanding one is happy is quite different from feeling one’s happiness. Emotional (or affective) empathy plays here. While psychopaths and other less sensitive people can have cognitive empathy, emotional empathy is non-existent or difficult for them.

In more intense cases, those with high emotional empathy experience the physical sensations from other’s emotions too. It’s also not unusual for some to empathize across distances. Yet, for many with only an understanding of empathy, emotional empathy seems preposterous.

Some people’s empathy moves them to action. That’s motivational empathy. It’s also called compassionate or altruistic empathy, also empathetic concern. Most commonly, we see this when people donate money to or volunteer for those in need. National disasters are great examples. In extreme forms, this empathy can cause one to help out even when it hurts them or their families.

Empathy extends past a person to a group. It’s understanding or feeling the emotions of a group. That’s social empathy. However, that term often shows up in a political context, so I prefer calling it collective empathy. Good public speakers, for instance, need to have a good understanding and feel for their audiences’ emotions.

When one empathizes particularly well with a certain group, usually his own, he has parochial empathy. It’s a form of collective empathy. When existing alongside it, parochial empathy is a more intense form. Such empathy can be for one’s family, community, nation, race, gender and many others.

All Five Types of Empathy

Anyone can have none, one, more than one or all these types of empathy. Some empathy will show up more as an understanding. Others more as a feeling or emotion.

Yet, all five are a form of knowledge. Forms that lead to insights and greater vision. They do have downsides. They can lead to biases, fears and inaction. Still, it’s a knowledge best to learn to live with than to ignore.