This entry is part 6 of 8 in the series Inspirational

Many of the most important lessons about success and failure from the movie, Black Panther, aren’t even in the movie. They are before the movie, way before.

As reported in the Wall Street Journal, the lessons begin twenty years ago. Simply, Marvel Entertainment, the movie’s owner, tried to sell the rights to it and other characters at that time. Fresh out of bankruptcy, Marvel needed money.

No takers existed though. Most only wanted the Spiderman character. Marvel was unloading the whole set. As for the Black Panther, most didn’t even see it as a B-level character of that set.

So, Marvel made their own movies. They broke the rules too doing it too. They didn’t spend money on “A” talent. Plus, they focused more on using the movies to sell toys. Those were the big breakers. In the end, some rights to the characters went for over a hundred times what Marvel first offered them. 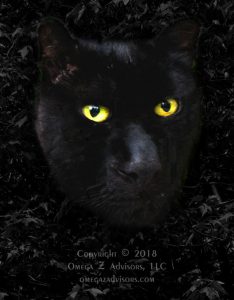 The story behind the movie, Black Panther, has four key lessons about success and failure.

Lessons About Success And Failure

The first lesson of this story is that persistence counts. It took a long time, but Marvel did not give up. Some might say out of necessity they did. Persistence seemed like the only path.

The second is that the advice of those in authority and power should not deter. They thought the other characters, especially the Black Panther, were no good.

Breaking rules is the third lesson. Rules determine who succeeds. If all play by the same rules, those with long, entrenched advantages do better. Alter the rules, alter the outcomes.

The fourth and final lesson is that one might not need talent, or at least known talent. Untapped potential in others and teamwork can overcome. Passion and motivation count.

Failure then is giving up, listening to advice you know is wrong, doing what everyone else is doing, and relying too much on talent.

Avoiding Getting Boxed In

Simply, the lessons of success and failure from the movie, Black Panther, come down to avoid getting boxed in.

Traditional ways exist for doing anything. They’re grand habits. They’re ready made plans. Thus, people don’t need to think much about them. In short though, these ways box in people. They box in their actions. They box in how they see things.

In the end, people will push the box on you. That’s where they’re comfortable. It’s not where success thrives though. Too many already work in the box. The Black Panther did not get boxed in.