Every day of the digital age yields great insights. It shows how people really behave. They say one thing, but do another. Such an example is the power of lies over truth. Its domain is not just social media. It includes the workplace.

On The Surface Truth, Beneath It Lies

Ask anyone. On the surface people prefer truth to lies. Yet, beneath that digital footprints show lies move faster and further than truth. This might not be new to many. After all, pre-digital history has many stories of rumors and gossip doing just that.

However, the digital age quantifies the power of lies over truth. On Twitter, for instance, false stories move six times faster than true ones. People also shared them ten times more often. 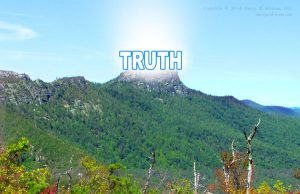 The power of lies over truth shows up most when it’s much easier to believe a likeable lie than to get to a dislikeable truth.

Lies Over Truth In The Workplace

It’s too innocent to think this is only an internet problem. History shows it isn’t. People don’t know they are spreading lies. They think they’re spreading truth. That’s because lies come disguised as truths people like. “And no marvel, for Satan himself is transformed into an angel of light.” (2 Corinthians 11:14).

Leaders are not immune. They’ll believe sycophants over realists. They’ll see data in the way that supports what they want. Leaders will see problems as they want not as they are. That’s because lies are the second car. Truth the first.

Working Hard To Get To The Truth

In the movie Gandhi, there’s a scene where Gandhi tells a woman that truth and love prevail in the end. That’s because there are those who work hard (and sometimes fight hard) to make it so.

Lies are powerful because they’re easy to believe. They’re the favorite dessert, great taste no nutrition. The truth is hard. It does not stand on its own. If we’re not working hard to get to the truth, then we’re lying to ourselves.