For instance, a speaker on innovation, humans and the future said, “The future doesn’t arrive. It’s created.” In short, we, humans, create the future. It just doesn’t happen.

What is positive though? What’s negative? It’s up to the person. What’s good for one can be bad for another. For instance, take the stock market. For every investor that earns money, one has to lose. It’s like poker. All can’t win. 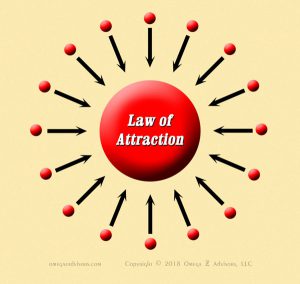 The Law of Attraction and manifestation of thoughts applies even to lies and untruths.

Law Of Attraction And Manifestation Of Lies

Now, extend this. A person seeks to create a future. To do this though, he needs people to believe a certain set of facts. Yet, not all of these facts are true. Using the law of attraction though he can make them true.

When it comes to the law of attraction and manifestation of these lies, he will attract those like him who believe these facts and want to make them true. We’ve seen this in the overturn of old truths such as the inferiority of the masses, non-property owners, blacks and women. All survived as long as they did because people thought them true.

The first step is that he must believe they are true. The second step is taking action based on a plan to make them true. Information is key.

Law Of Attraction In The Information Age

In the information age, it’s easier to change the truth. Not only is there more information. More and easier ways exist to change and present information. That means the law of attraction and manifestation of lies become more, not less, likely. Manifesting a lie means to make it real . . . to make it true.