People don’t like to feel they’re at the bottom. Almost all people, to some degree, have the need of feeling superior to others. It stems from people’s natural tendency to compare themselves. It’s called social comparison.

Common Ways Feeling Superior To Others Shows Up At Work

I first ran across this when I congratulated an employee on her promotion. She replied, “Yes, it’s nice to not be on the bottom anymore.”

Puzzled, I asked, “What do you mean?”

“You know. When you start here you come in as a [entry-level job]. At least now someone is beneath me.”

We also run into this when a new employee expresses joy at the hiring of a newer employee. He’s no longer the “new kid on the block.” Someone else gets to be treated as that. He now gets to share his “experience” with someone.

In short, almost all competition at work taps into this need of feeling superior to others. 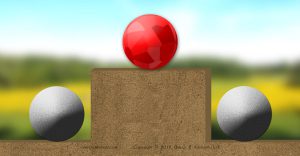 Don’t underestimate the need of feeling superior to others as a motivator.

The Bottom As A Special Case

Employees who feel they’re at the bottom though are a special case. All managers must address the need of feeling superior to others at this level.

Yes, the feeling can move people to do better. On the other hand, it can spawn resentment. This leads to poor work and high turnover.

For these employees, tapping this need means comparing their job in a way that has them feeling superior to others. Perhaps it’s other jobs in other industries or companies. It could compare jobs within the company. For instance, one firm routinely told trainees, “You generate revenue. You’re not overhead.”

Don’t Dis The Need Of Feeling Superior To Others

It’s a mistake to dis this need. No matter how humble, it affects people even if they don’t know it.

This all goes away when there is just one person behind them. The research on this links this behavior to social comparison. People find it very hard to live with a comparison they don’t like. It will even cause them to dislike very good people.