The amount of time leaders cause their employees to waste amazes me. No, I’m not talking about bad strategic decisions. It’s about employees wasting time on tasks that add little. They come about because of leaders’ idle remarks or need to feel “large and in charge.”

A Wall Street Journal article, focuses on the first but is silent on the second. For instance, it talks about a CEO who casually commented on the lack of blueberry muffins at their morning training sessions. So, after that, employees made sure that there were plenty of them. The only problem was that the CEO just made an observation, not a complaint that needed action. 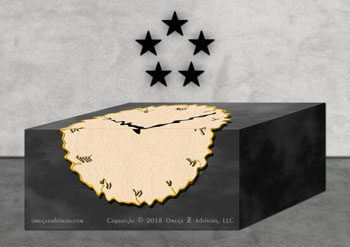 Leaders are often a major cause of employees wasting time when they make casual statements or need to feel “large and in charge.”

Leaders’ remarks carry a lot of weight. Employees are sensitive to them. Negative remarks trigger humans’ action bias when under stress. In other words, they rather be seen doing something rather than nothing.

If the leaders says something casually but negative, employees will overweight it out of proportion. In this case, Robert Sutton of Stanford University recommends in the article that leaders should make it clear that it the remark was casual and does not need any action.

Let’s say though that leaders did intend action. They should clarify that discussion or planning should take place before doing anything. Yes, this seems obvious. The problem though is that in their haste to placate the leader, employees take shortcuts.

Leaders have power. Power lays many traps. One is that exercising it makes one feel good. Thus, seeing others rush around on one’s words triggers a rush, a high. This high is very potent when leaders are under stress and feel the need to do “something, anything.”

Even though the article does not deal with this event, it does state the value of having candid employees and an accepting culture. They make sure rethinking occurs. If leaders are only hearing good things or no bad things, it should be a wakeup call. It means the sycophants are in charge.

In the end, bad business decisions will occur. They will waste time. All decisions can’t be good. On the other hand, employees wasting time on tasks caused by leaders’ casual remarks or need to feel in charge, is very avoidable. It does take very self-aware and secure leaders though.