When actors seek a certain mood, they recall life events that trigger that mood. Influencing others by asking them to think certain things works the same way. It not only affects moods but also thought processes. Decisions and solutions change.

It’s all based on something called mood induction. Theodore Velten developed this. While his focus was on helping clients move to a good state, it’s used in many ways. Researchers use it to put their subjects in all kinds of moods for study.

Induction works on thought processes too. For instance, to temper overconfidence, ask about unknowns. To temper focus on self, ask about others.

While induction seems obvious, it takes on subtle forms too. Take money and time. Asking about the first puts people in bad, selfish states. The second in good, communal states. That’s just the nature of those two words. Time prompts people to think about relationships, “time spent with others.”

The link can be very personal too. For instance, when people think about the consequences of a decision, they temper it. When they think about the rewards, they embellish it. 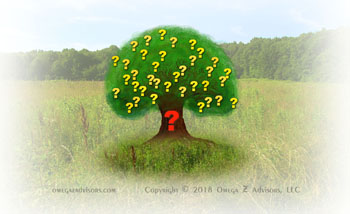 A purpose of influencing others by asking questions is often to get them to temper extreme decisions.

Influencing Others By Asking Not Suggesting

Influencing others by asking has two main advantages over suggesting. First, it’s more subtle. People are less likely to pick it up. Second, the questions can build into a deeper, broader strategy. Thus, one can hammer the same point using different questions. It’s much harder to state the same suggestion differently without notice.

That means influencing by asking can involve a very deep, very broad questioning strategy. One can use this strategy to influence not only moods but thought processes. This impacts decisions and solutions.