The digital age has exploding with data. In sports, new stats now capture play of unsung heroes whose efforts were blind to stats in the old days. What if this intense drive to quantify play in all its various forms came to workers? Who would be our unsung heroes in the workplace?

The Toughest Stats To Capture

Still, even with this advancement, stats related to a player’s impact on team chemistry are the toughest.  Consider, Sue Bird, a professional basketball player. Put her on any team and they do well. Yes, she can score. However, the team does better if she doesn’t score the most points.

Take, Danny Green, another pro basketball player. He’s not outstanding in any stat except one, a new one. His team outscores the other team by the largest margin in the league when he’s on the court. No, he’s not close to being the team leader in any other category. 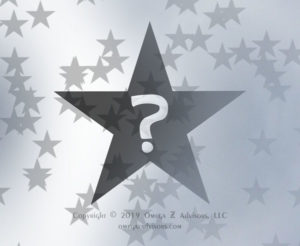 With the expanse of statistics in sports, many previously unsung heroes arose. How many such employees exist in the workplace?

Qualities Of The Unsung Heroes In The Workplace

Are there unsung heroes in the workplace who do the same? Yes, there are. There are just no stats to capture them. Who are they?

Listing The Stats One Can’t Capture

Go to any company. It will keep many stats. Many it can peg to specific employees. Here’s a question to ask though:

What five to seven stats – regarding how someone contributes to the team – would we like to have but aren’t able to get?

The list should not only include stats that the firm could get if it had the technology. It should include those that are “impossible” to capture. Why? First, many people only think about quantifying what is quantifiable. Second, it focuses the mind on key intangibles.

Too many times stats form the boxes inside which people think. They only think about what’s countable. That makes it easy to lose unsung heroes and never know it.  Yes, things start to go wrong for some “unknown” reason, but no one will ever really know why.