This entry is part 7 of 8 in the series Inspirational

Over the holidays, at a small reunion of ex-coworkers, an invited outsider said he always liked our company from a distance. The employees seemed to enjoy one another even outside of work. It was like family. This implied of course that normally a wall exists between company and family.

The Birth Of Company And Family 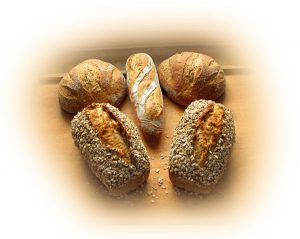 Linking Company And Family With Names

Thus, a company being like a family was the norm, not the cherished odd ball. The company was family. The names of these companies exist today in people’s names. Here are a few examples of those I’ve known:

In those times, powered machines, assembly lines and computers did not exist. Humans were the energy source. Their bodies, legs and hands worked the tools. Their names were their trades, the names of their companies.

Family Spirit As Ancestor Of The Company Today

Early in my career, a sales manager was big on going back to the basics now and then. He felt that it was easy to get “too cute” and fancy. This led to fooling oneself and becoming sloppy.

Along the same lines, many cultures honor their ancestors. This happens much during holidays. They reflect back on what they taught us, on what they left us to build upon.

In the beginning, families were the first companies. There was no need for companies to be like families because they were. Company and family were one.