Every idea contains the seeds of its own destruction. That’s life. The act of living brings any life form closer to its death. The act of implementing any idea brings it closer to the time when it no longer works. Thus, the secrets of success in business that Victoria’s Secret’s slide exposes involve failing from constantly doing what brought success.

Life changes. That means then that what brought success yesterday won’t bring it today. The book, What Got You Here Won’t Get You There, by Marshall Goldsmith, cites this on an individual level. It’s true on an enterprise one too. 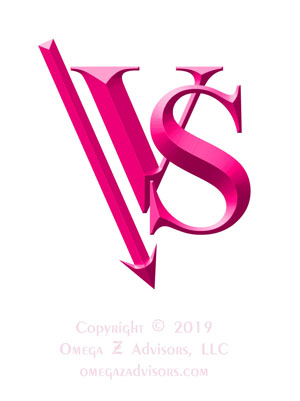 The slide of Victoria’s Secret exposes the real secrets of success as the seeds it plants for failure.

Bras are complex. They not only have to fit. They serve many purposes. Victoria’s Secret (VS) not only makes certain bras. They have a certain woman in mind who buys them.

Then, there’s lingerie. They make other garments too. Yet, all revolve around an image of their customer. This image brought them success. It also brought them their slide.

For example, would a construction woman, an athletic one, an outdoor one go to VS for a bra to fit those activities?

Secrets Of Success In Business: Success Has Downsides

Yet, it’s hard to change overnight. Yes, VS has to rethink its business, its customers. That’s easy compared to changing how customers see VS.

Still, don’t discount internal challenges. Take a look at the changes Facebook faces. Look at General Electric. As with VS, employees and managers received raises and promotions based on the success of yesterday’s products, services and business model. Will they really give up their status as the stars of the enterprise to others pitching a new vision?

In short, these secrets of success in business aren’t about becoming successful. They are warnings of what success brings, its downsides. It’s resistance to change. It’s hubris. “We’ve found the magic. We print money. Just keep it going. Don’t reinvent the wheel. If it ain’t broke, don’t fix it.” In other words, success breeds an arthritic business culture. It sets up failure.

If we keep doing what made us successful, we will fail. We did not change. VS, despite the slide, kept pitching the same things to the same image of a woman. Yes, this market still exists. It might not be as big.

There are different options though, more choices for women. They only have so much money. VS might not be as much of a priority to these women as it was for yesterday’s woman. One thing is certain though. VS’s success yesterday caused its slide today.