Employees work to keep their jobs. It’s not only about doing the job though. It’s about influencing how bosses see them too. They know that if bosses like them they are more likely to see their work favorably.  If bosses don’t, they won’t. Thus, this becomes a strategy for hiding incompetence too, getting the boss to like them.

Even if objective measures exist, bosses are more likely to attribute falling short to outside factors if they like the employee than if they don’t like him. That’s because it’s not that bosses like an employee because he does well. They see his work as good because they like him.

To this end then, employees know – consciously or unconsciously – that it’s hard not to like polite, positive, praising employees. They don’t disrupt things. They’re happy with their work, teams and companies. These employees not only respect the boss but they compliment her on her advice, insights and plans. What’s not to like?

Nothing expresses this strategy better than the Aesop’s Fable, “The Oak and the Reeds” in which the moral is “stoop to conquer.”

PinkFong Story Time for Children: Aesop’s Fable, “The Oak and the Reeds”

In other words, don’t disrupt things by presenting different ideas. Don’t speak truth to power. Lavish praise on power. Flatter. Seduce it to conquer it to keep the job, to gain the promotion. In this way, employees weaponize this fable for hiding incompetence.

To employees who are more like oaks than reeds, this form of politeness is dishonesty. Positivity is lying. Praising is fake. Now, admittedly, the simple minds out there will say, “Mike, there are ways to be polite, positive and praising without sacrificing honesty, truth and authenticity.” 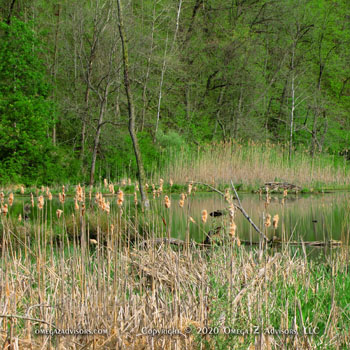 Aesop’s Fable, “The Oak and the Reeds,” and the phrase “teacher’s pet” from school days highlight how employees are smart enough to use this strategy to influence how bosses see their work performance.

Yes, that’s true. That fully assumes two things though. First, the boss is rather open to honesty, truth and authenticity. Second, the employee has the personality, skills and wisdom to do them.

Bosses whose egos and narcissism are strong will defend against this – consciously or unconsciously. Sensing resistance is inherent in them. To deny this only sends employees charging a machine gun nest across an open field.

Still, as a warning to bosses, it’s easy to seduce them by being polite, positive and praising. Of course, a boss’ confidence is saying to her, “No, employees aren’t that smart.” They don’t need to be. Children know it. Where do we think the phrase “teacher’s pet” came from? It’s not from knowing advanced interpersonal strategies.

Besides, employees aren’t nearly as clueless as bosses think they are. It’s that overconfidence in bosses that make hiding incompetence by being polite, positive and praising even more powerful.