History changes how we see things. No, this is not about the stuff in history books. This is about the history born and raised from our lives, not of those long dead. As more of this history grows, the Jack Welch legacy does not age well. What was good wine, time is turning to vinegar.

Legacy, It’s About History Not The Past

A farmer harvests more from a farm than any previous farmer. He does it by burning out the crops. He didn’t rotate them. Someone buys the farm but doesn’t do as well.

Legacies are not about what we did in the past. They’re about the shape history takes after we’re gone. What did we leave others to shape that history? Not all who do a great job leave legacies.

The core of the Jack Welch legacy was people. So, how did his people do? GE declined after Welch’s departure. Welch attributes this to picking a poor successor. How can a guru leave a business so dependent on the CEO? 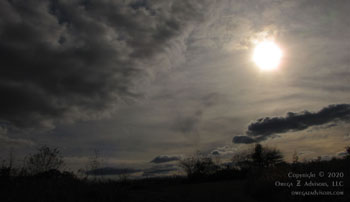 Yes, Jack Welch built a great company. Did he build a legacy though? How well is it aging?

Let’s get away from GE though. How did execs who left GE do? They’ve run 3M, Chrysler, Home Depot, Honeywell and foreign ones. Since 1997 mainly GE-men have run Boeing. What’s Boeing up to (or down to) these days? In short, Jack Welch mentored and GE produced a bunch of mediocre performers.

Of course, Welch was famous for his “rank and yank.” It highly rewarded the top 20% and fired the bottom 10%. Yet, experience and research show a competitive work environment evolves. In fact, status becomes more important than financial gain. Employees become less trusting of each other. In other words, today’s agile and collaboration don’t thrive well with “rank and yank.”

So, did Welch just rank and yank the wrong execs? Or, was he just a bad mentor who could only perform one trick under the right conditions?

A Legacy Or Just A Great Job?

Still, Jack Welch impacted greatly the fortunes of GE. It became the most valuable American company. He also sparked the aggressive thinking of other CEO’s to pursue acquisitions, slash overhead and build shareholder value.

So, yes, he built a great company. Did he build a legacy though? Consider these two questions. First, if Welch was not there, would his brand of full-throttle capitalism – that characterized the 80’s and 90’s – ever have happened? Or second, would efficient markets have produced another poster boy who would seize this opportunity?

Still, it’s clear. As every one of our days adds to our history, that history is ranking and yanking the Jack Welch legacy a bit more. It looks less like a legacy and more like just a great job. Wine is turning to vinegar.