Here’s a friend’s story. It’s an example of what we can hypothesize about people from everyday comments. They are a starting point from which we can probe, learn and build relationships. 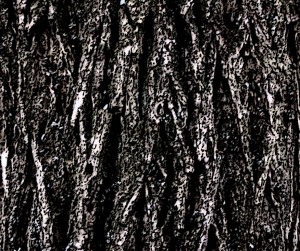 My friend, as part of a touring group, visited a contemporary art gallery. She was talking to a man in the group who said he prefers artists who “stab him in the gut.” She asked him what a mainly black piece composed of bark and charcoal meant to him. He said it was “very cleansing” and that the black pieces on the canvas “represent all the dark and negative energy in the room being absorbed.” For him, it made the room light and “cleansed of all negative energy.” My friend found two other pieces that he liked disturbing.

Possibly, the pieces of black wood and charcoal might not only be pulling negative energy from the room but also from him. This is further supported by preference for artists who “stab him in the gut.” Feelings of mutilation can often be prompted by negative energy from within. Moreover, knowing my friend, she would not want artists (or anyone for that matter) to stab her in the gut, a disturbing thought. On the other hand, since feelings help us feel alive, the man might value intense, almost shocking feelings.

In building a rapport with him, I would initially:

If he appeared disinterested with this approach, my alternative path would involve direct and edgy questions and remarks. I would also consider expressing, in a positive way, how unique he was for holding such views.

Note: Details of the original story have been changed. Any relationship to specific people is coincidental.