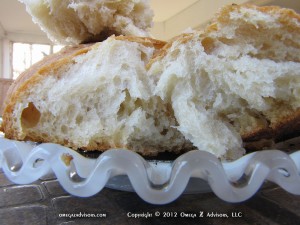 Emotions serve important evaluative functions. Sorting through them can be difficult. Intuition helps by prioritizing, filtering and directing us. People trigger various emotions in us by what they say and do. Intuition forces certain words and actions to standout, often by us easily recalling them later. Intuition won’t indicate why they are important, only that they are.

For example, I was enjoying an hour tour by an executive through a company. I noticed an employee suggestion box in a stairwell, and asked, “What kind of suggestions have you gotten in your suggestion box?”

The executive chuckled, “I don’t think anyone has checked that in a couple years. I doubt anyone knows where the key is.” My intuition forced this to standout from all the other things I heard even though I was enjoying the tour. After working with the company for a bit, I discovered that it had not invented a significant new product in ten years. Recalling the box caused me to determine that the company was suppressing creativity among its people.

Another time, an executive who was reviewing my possible role in her department asked, “What box do you want to be in?” Despite a host of emotions about her plans, my intuition forced this to stand out. Later, it became clear her people were assets, mere things to her.

Unlike emotional intelligence, intuition helps in non-social contexts such as research and information technology by drawing us to options especially when uncertain. When our intuition speaks to us, “a bell goes off,” “a light goes on,” “the crows fly,” “the starting gun fires,” “something hits us,” and many other similar clichés capture that prioritizing emotion.

So, what specific words or actions do you remember from an interaction with someone last week? They are likely very significant.