In a discussion with a businesswoman, I said that business is a very masculine field. When asked to explain, I asked her, “How many famous female business management theorists can you name?” She could not name one. 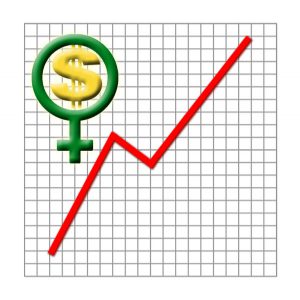 How would business be different if women were the original business management theorists?

I then sent the businesswoman these links:

I then asked the businesswoman if she thought business would be different if women were the dominant business management theorists. This opened her eyes. Business theory had always been gender neutral to her.

Of course, we had an easy time hypothesizing for a moment that it would be different. How it would be was a much tougher question.

Douglas McGregor, a theorist on three of the lists and known for his X and Y theories, said that how a manager manages will vary on how he thinks people are motivated. This applies to other fields. The assumptions people hold affect their actions and thoughts.

Recently, economics and artificial intelligence (AI) have shown links. Gender seemed to affect economists’ views of the economy and the development of AI.

In economics, male and female economists have different opinions. This surprises though. Economists take great pride on letting the data tell them what to think. Yet, interpreting data can be like reading tea leaves. One can see what he wants to see. Again, assumptions affect what he sees.

In AI, it’s facial recognition. It sees men’s faces much better than women’s. Could it be because men dominate the tech field? Back to McGregor, if one’s assumptions can affect how she manages others, they can affect too how one programs software.

So, if women had been the first and most well-known business management theorists, would business be different? Yes, it seems so. How? Well, that’s tougher.

Maybe though we’ll find out soon. It will only take a few female business management theorists to pose theories that will dominate and change business forever. It will happen.