To influence us, experts often cite their research. They use rules based on the scientific method to do it. Yet, it’s easy to corrupt this method. It happens often. That’s the blasphemous secret about experts.

The method is a process. As with any process, people corrupt it over time. That’s happening now in science. It’s a crisis. Money, prestige, secrecy and incompetence are causing it. That’s because the method is far more exposed to subjectivity than experts want people to believe.

Why Is It A Blasphemous Secret About Experts?

Blasphemy comes into the picture when one questions the method. After all, it has brought us many successes. It has made our lives better in many ways. So, questioning it often inspires the kind of hostile kick back one only sees when he questions a religion and its god. 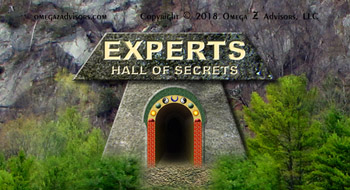 The most blasphemous secret about experts deals with the scientific method’s vulnerability to subjectivity of and corruption by its users.

The other aspect of this blasphemous secret about experts that causes intense blowback is that the scientific method gives many experts their authority. That authority gives them power and influence. For instance, one can’t be a successful academician, a type of expert, without it.

Why Is It Hard To Believe?

This blasphemous secret about experts is hard to believe not only because science has given us many good things but because over time the people in it have developed an aura of specialness within the populace. People see the method needing special knowledge, study and skills to use it. How then could such people corrupt the scientific method?

Yet, these researchers are human. One can’t expect them to ward off the temptations of money, prestige and ego any better than he can expect business people to do it. Moreover, with more and better ways to collect data, statistical analysis is playing a bigger part.

Fact then, an expert in a field does not mean expert in statistics too. Wrongly reading statistics is a major source of error in this crisis of science. Yet, how can people grasp the impact of this?

To most statistics are an enigma that induces only fog and fear. As a result, it’s easier to believe experts without question than it is to question them. Thus, believing this blasphemous secret about experts requires work.

Therefore, it’s hard to believe that such special people would corrupt research and science. Moreover, it’s hard to show the subjective weaknesses in science and its method that would allow such corruption. To experts who rely on both for their power and influence, it’s blasphemy.

For more detailed articles and research on the problems in science, I recommend:

Other posts in series: Secrets About Experts