Of the Big Five, the openness personality trait seems to be the go to when assessing a personality’s willingness to change. After all, the trait refers to one’s openness to new things. It can be a good start. The other four traits impact change and openness too though. 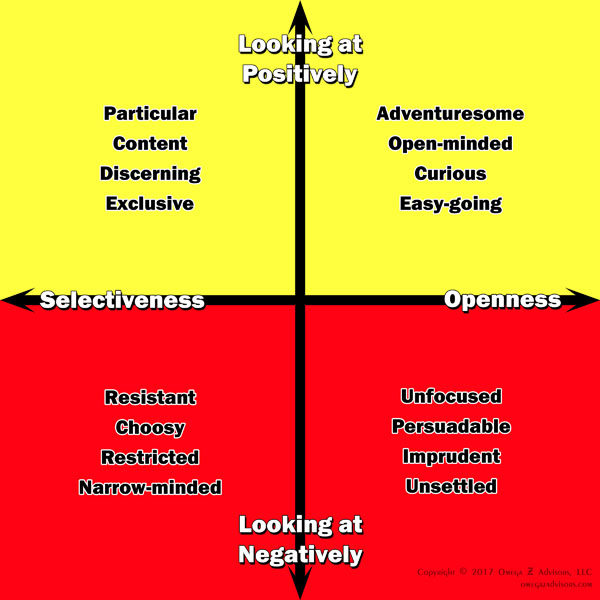 When it comes to change and openness , doesn’t necessarily mean low scores equate to resisting change and high ones accepting change.

It’s too easy to say those who score high in openness like change and those who don’t don’t. In truth, change plays rough with both. All have to change at some time too.

So, the best way to look at change and openness is in the type of change one prefers. Here, think of the box. High openness people prefer breaking it. Low ones prefer expanding it.

For instance, high openness people might overreact to “expanding the box” change. They’ll take it to extreme and move too fast. Low openness ones will resist more to “breaking the box.” They’ll more thoughtfully.

Change And Openness And The Other Traits

Yet, the other traits of the Big Five impact how openness shows up in real life. For instance, take those who score high in openness and conscientiousness. They would prefer “break the box” change as long as it there was a very defined plan or process for doing it.

Now, let’s add high neuroticism to the mix. These types would feel better about a plan than those who score low. However, if a plan did not exist, they would feel worse than low scorers.

The Big Five personality traits lack info on how all five work together to yield a personality. For instance, what does a high openness, low conscientious, low agreeableness, high neuroticism and high extraversion personality look like? Try to find a description. It’s hard.

As a result, people too often just look at one trait for an answer. This post gave an example. When assessing personalities according to change, people rely too much on the openness personality trait. In truth, all five traits come into play.