In person conversations are the most powerful form of communication. The total person comes into play, whether talking or listening. Thus, conversations for success are key.

Many tips and strategies exist. A lesser known one involves integrating the four dimensions of conversations. What are they? Why are they important? 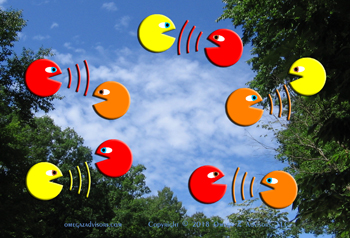 The Four Dimensions Of Conversations

An analysis of a conversation will show it traveling through one or more dimensions: conveying, thinking, relating and validating.

When a conversation travels in the conveying dimension, it’s about conveying information. That can include something as direct as instructions or something more complex such as an idea.

When a conversation enters the relating dimension, it often seems pointless to many. Little thinking seems to occur. Little information seems to transfer. Yet, its importance lies in getting to know others. It might be as simple asking about a weekend. It can be as deep as asking about a family tragedy. In this dimension, the conversation shows one cares about the other.

The validating dimension deals with such things as power, respect, trust, credibility and influence. Simply talking to someone says he exists. This is very powerful if a difference in power exists. The difference can be one such as experience, authority, age, popularity or status.

The importance of these dimensions rests in how they vary from person to person. While all will converse in each at some point, one dimension will dominate over the others.

Thus, while one might converse to think at times, conveying information might dominate. Holding conversations for success though depend on tailoring the integrating of the four dimensions.

As a result, our efforts need to focus on assessing in what dimension another likes to converse. Then, it’s a matter a conveying information, stimulating thinking, furthering a relationship or validating another depending on that assessment.

In the end, it’s acknowledging that people converse for different reasons. Yes, it will vary by circumstance. Nonetheless though, patterns will emerge showing a preferred dimension.