This entry is part 8 of 8 in the series Cooperation vs. Self-interest

What’s In It For Me is a trite, popular slogan for the average professional driving change. It assumes that people will only change if there is some direct benefit to them to do so. This thinking follows what economists have espoused for decades. Self-interest drives people. They’re rational.

Richard Thaler’s, the 2017 Nobel Prize winner in economics, work counters this. His forty-year career developed behavioral economics. That branch takes insights from non-economic fields such as psychology and neuroscience.

The short of his work is this. People aren’t rational. Self-interest doesn’t drive nearly as much as classical economics said it did.

For instance, it has a hard time explaining people’s actions in the aftermath of hurricanes in Texas, Florida and Puerto Rico. Why would people help others if they weren’t getting paid? 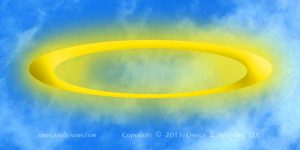 Overt appeals to What’s In It For Me can retard teamwork and change. More powerful forces than self-interest exist.

Altruism As Counter To What’s In It For Me

In Thaler’s work though, altruism plays a role. People will help strangers. They’ll do it too without pay. Stranger yet, volunteer work has no value in economics. No one exchanges money. Thus, economic statistics such as gross domestic product (GDP) don’t count it. Heck, prostitution – because money exchanges – counts and making love doesn’t.

Altruism isn’t rare either. It’s common, more so than self-interest. Research shows about 70% of the people can behave in an altruistic or cooperative manner. It’s only the remainder that won’t. The power behind being altruistic and helping others is so great that people will even lie.

The Harmful Effects of What’s In It For Me

A catch exists though. Context matters. A part of that 70% will only be altruistic if that’s the culture or expectation. If not, they’ll go with their self-interest.

That’s why “what’s in it for me” as a foundation for change harms change. It sets a tone of self-interest. Therefore, people will look out for themselves. They won’t work altruistically. They won’t work cooperatively. Teamwork dies. Collaboration dies.

Take goal setting. It works because people strive to reach that expectation. Saying change is about “what’s in it for me” sets a goal too. It’s one of looking out for one’s self-interest. Thus, as with any goal, people will strive for it.

Altruism and Self-Interest As Partners In Change

Of course, this doesn’t mean throwing out appeals to self-interest. A third still need them. It still plays a role. It’s just not a leading one.

In other words, rather than setting the tone with “what’s in it for me” and then struggling to get teamwork, do the reverse. Set the tone of team, of cooperation, of altruism. Then, one on one, as needed, appeal to the self-interest of those who need it.

Tone matters. It sets the stage. It’s hard to be a team with self-interested music.