A paradox exists with details. Plans can’t work without attention to them. Yet, when it comes to showing leadership in the workplace, skip them. Let someone else talk about them.

Thinking Details Versus Presenting Them

Now, this does not mean a leader should not think about details. It means that presenting them shows weakness. That’s because in the mind of people leaders own the big idea. In other words, even though one might be in charge of the trees, it’s focus on the forest that shows leadership.

Thus, ironically, people often complain that leaders don’t give enough details, especially in politics. Yet, deep down, their most primitive emotions choose those who are vague.

For example, take two presenters. One knows her stuff. The other does not. The first though talks about an idea. Then, she goes into detail. The other takes the same idea but gives the big picture. She skips the detail. People will see the second as a leader. This works one-on-one too. 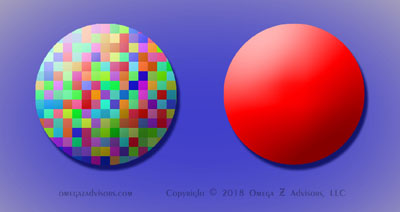 Figure 1: In showing leadership in the workplace by skipping details, one is tapping the power of the one big idea over the complexity of the many small parts that make it up.

Two Types That Find It Hard To Skip Details

Even though this approach seems simple. It’s harder to do than one would think. It’s very hard for those who know their stuff. In some types, their passion for the topic has them share too much. In others, the conscientiousness in them feels they are failing if they don’t disclose all.

So, that means “the devil’s in the details” has another meaning. It not only means that details can kill a plan. It also means that people don’t like to hear them. Those who share them lose status as leaders.

What Showing Leadership In The Workplace Is Really About

People want to see the dream version of themselves in their leaders. It’s hard to grasp details. Not many can do it. Thus, it’s hard to connect with someone who talks up many small details. It’s easy with one who talks one big picture.

For instance, take Figure 1. Describing the red circle is easy. The other is hard. Even saying it’s multicolored does not do the job. What colors? What shapes? How many?

As a result, detailed talk can make people feel dumb. They don’t want this from leaders. The dream version of themselves has to be simple. It has to be big. So, in the end, showing leadership in the workplace means talking up the one big idea.