Lies pop up more than we think. Many lies we don’t even think are lies. Still, some are bigger than others. They compound too. That’s when a web of lies forms. Thus, it’s this ease with which lies sprout that makes it easy to one day follow business leaders who lie. How do we resolve the conflict? After all, quitting is not always practical.

The first step is to immunize yourself. That means spotting the rational signs of following leaders who lie. In other words, what rationale do we use to justify leaders’ lies? What pops up to make following them easier for us?

While many rationales exist, most fall under the general heading of “the leader is doing this for us, for our benefit.” When this crosses our mind, we should take note. The infection is taking hold. 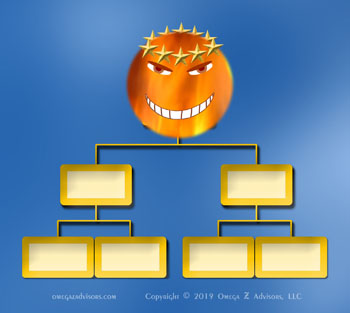 Most rationales people use to justify business leaders who lie revolve around “the leader is doing this for us, for our benefit.”

Most times though leaders will feed our drive to resolve this cognitive dissonance. They will say things like, “They’re cheating us,” “not treating us fairly,” “out to get us,” and “They’ve done worse.” In effect, they paint an image of us working through a hostile situation.

To round out this picture, leaders will hit hard that they are doing this for us. They are lying and taking all the hits for us, so we can still work, have jobs or whatever. It’s easy for humans to rationalize cheating and lying in others, especially teammates, if they are doing so for altruistic purposes.

So, again, once we find ourselves thinking along these lines, the infection is taking hold. We need to shift gears.

Resolving The Conflict In Following Leaders Who Lie

If we don’t think along those lines, what do we do to resolve the conflict in following leaders who lie? First, don’t justify it as right. At minimum something has gone wrong. It’s human nature to seek out a simple, quick solution. Humans can’t handle complexity. Fight it.

For instance, killing people is bad. We justify it in war by saying they’re the enemy. Still, war happens when something went wrong. It doesn’t happen when things go well. Likewise, when business leaders lie, something is going wrong. They don’t lie when things are going well.

Thus, we focus on acknowledging we’re in a bad situation. Bad situations often bring out the worst in people. They exploit people’s weaknesses. From our own health, it’s better to see liars as weak than to see them as good, even if their lies benefit us, the team.

People are more likely to believe a lying leader they like than to believe true facts that contradict the leader. By nature we want to believe our leaders are good. Otherwise, we must ask ourselves the hard question, “Why are we following them?”

In the end, it’s always easier to follow a leader than it is to think and make decisions ourselves. Believing they are good, even if lying, saves us unpleasant work.