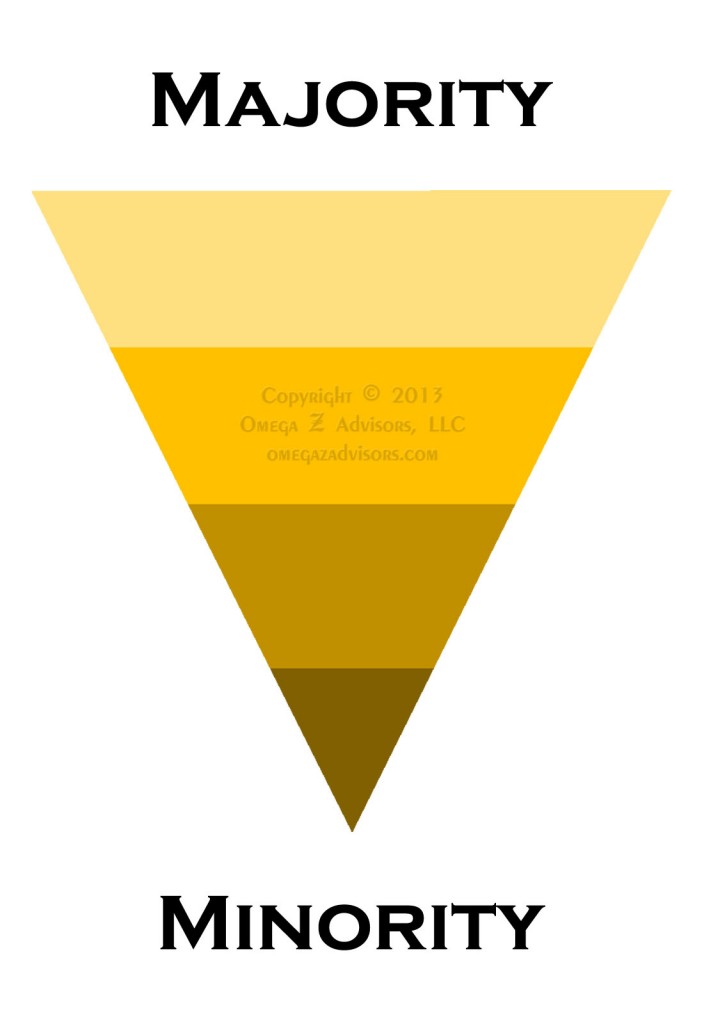 People prefer being in the majority over minority. This distorts decisions.

When problems occur or when trying to anticipate them, the third alert I heed is when the majority prevails over the minority. People prefer to be in the majority over minority.

Decision-making simply by adopting the majority or consensual view increases the likelihood for problems because problems care less what the majority says. They are like squirrels; they do what they want. This alert often comes into play when the rationale for a solution becomes something like “this is what others are doing” or “this is the recognized best practice.”

Many times when people select a popular solution (a form of majority), they often do because they:

The main concern with this alert is that people aren’t really discussing the problem and potential solutions. Their focus is on the credibility of the persons offering the solutions. Majority support in either the company or marketplace is a form of credibility. Remember though, the innovative solution is often in the minority and every problem has a unique aspect.

For example, it’s not unusual for bosses or team leaders to make recommendations that are easily accepted by the group with little discussion. However, execution is half-hearted or the recommendations become flawed. Conflict, when managed properly, not only creates commitment but tests solutions. Thus, solutions arrive because of their merit, not simply because a majority felt they were good.

Failing to discuss thoroughly the merits of solutions is like failing to plan an action. Again, in reality, problems don’t care what the majority thinks.