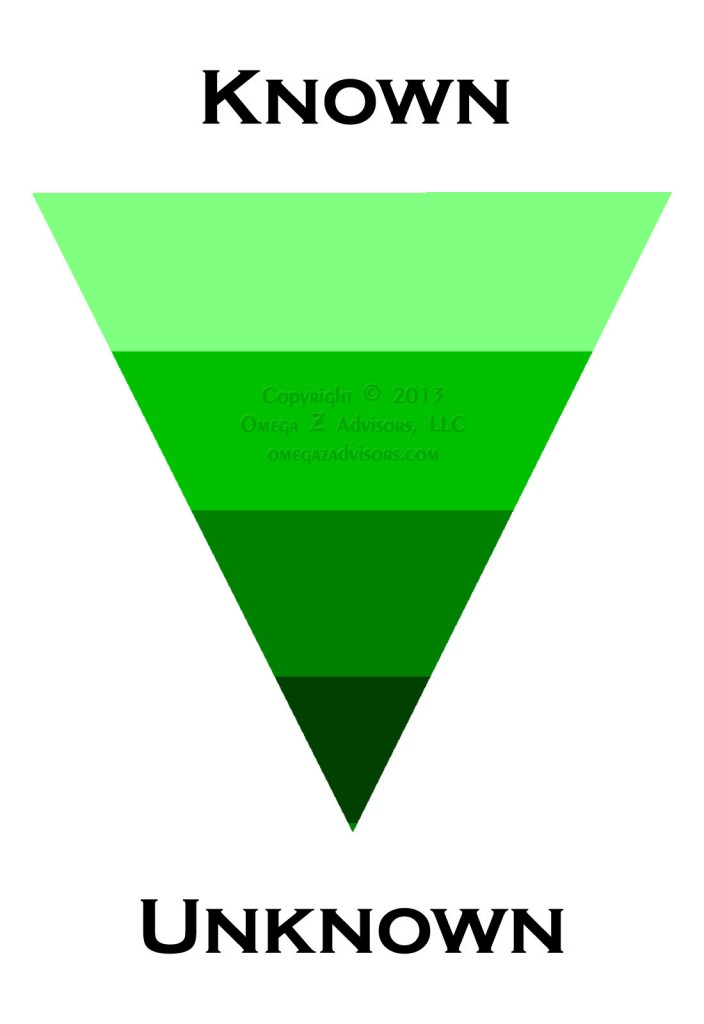 The fourth alert I heed as a warning problems might occur is when the known prevails over the unknown. I first experienced this when a board president said, “We cannot deal with problems that we are unaware of,” totally discounting prevention. For instance, I might not know I have a termite problem, but that doesn’t mean I don’t take actions to prevent one. Nevertheless, it’s human to prefer the known to unknown in decision-making: we are held more accountable for what we know than what we don’t know.

Still, even though many chided Donald Rumsfeld for his “known knowns” statement (video) prior to the United States invasion of Iraq, he acknowledged various knowledge states in decision-making. Armies usually acknowledge unknowns via reserves, holding back about a quarter of their force to counter unforeseen problems and to seize opportunities. Yet, few businesses would even contemplate holding a quarter of their budget or labor for discretionary purposes even though it’s practical on at least a project level. Consequently, inadequately addressing unknowns means a severe disconnect exist between plans and reality. Unknowns might not exist in planning, but they certainly do in reality. 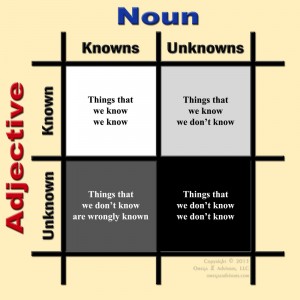 Figure #1 expresses these various unknowns by building upon Rumsfeld’s comment. I added one aspect, unknown knowns, because there are things we know but are erroneous. So, whereas with unknown unknowns we won’t take any action, with unknown knowns we are acting erroneously. For instance, we might not adequately vet things because they confirm what we want to believe.

In short, when we don’t do the following, we increase our exposure to problems: