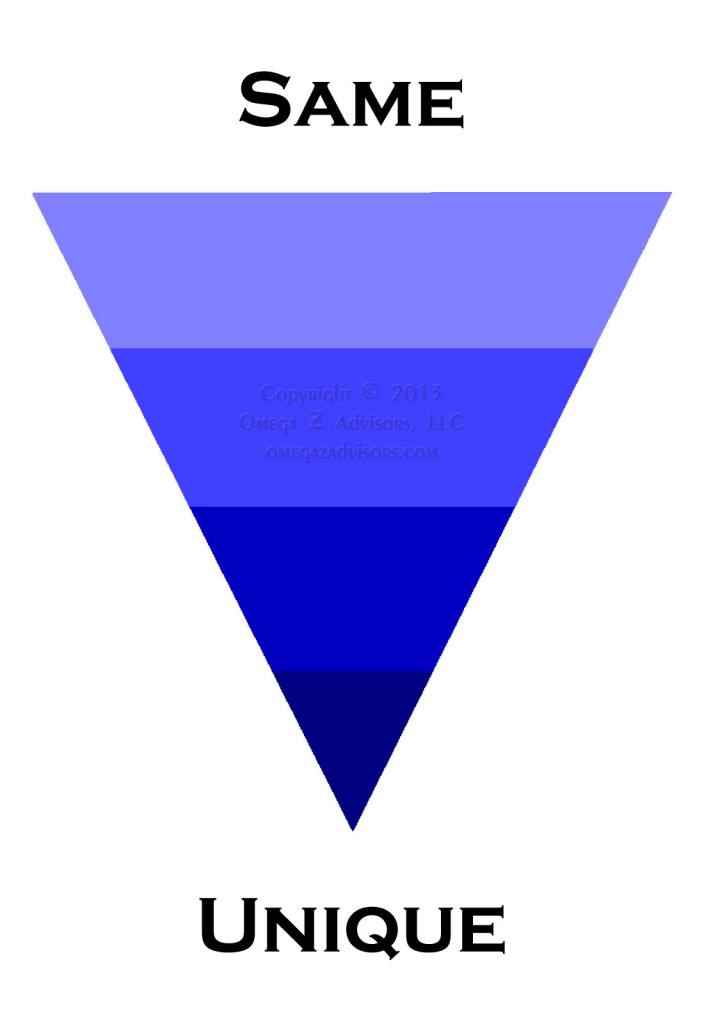 The second time we apply the same solution to a similar problem, chances are great that it won’t work as well as the first time.

Creativity is challenging especially with time pressures. Additionally, depending upon the work culture, motivation might be difficult. Heck, how many times do we hear, “Don’t reinvent the wheel?” That’s when we revert to doing the same thing we or someone else did, such as a best practice. When doing the same trumps doing something unique, different, it’s an alert of potential problems.

How often do we see a movie’s sequel do poorer than the original? Here’s the principle: the second time we apply the same thing to a similar situation, chances are good that it won’t work as well. Why? Since no two events in life are the same, there is likely an unknown, unique aspect of the first situation that helped our approach work well, and it probably doesn’t exist in the current one.

From a problem-solving perspective, approach influences solution. Applying the same approach can create problems. Routines and habits, while efficient for us, can create problems because we tend to apply them mechanically, not asking, “Why am I doing this?” At some point, they become dangerous for us. Repetitive strain injury is a physical example, boredom an emotional one. Even improving on existing habits and routines by tailoring them to our current situation helps avoid problems.

Emotionally, since doing the same is usually safer and unique implies change, we gravitate toward the first. Moreover, standardization, processes, rules and the like are mainstays of scaling businesses. At some point, change will disrupt them; failing to adapt will bring their death. This is to show that sameness, applied mechanically will eventually cause problems. It’s just a matter of when, not if. That’s why when sameness trumps uniqueness it’s an alert that problems might be brewing.

So, what did your business do the same today?