Understanding the big five personality traits helps us assess personality types at work. That means being able to solve real problems in real time. Yet, much of the info on them is slanted. It tends to favor certain traits over others. 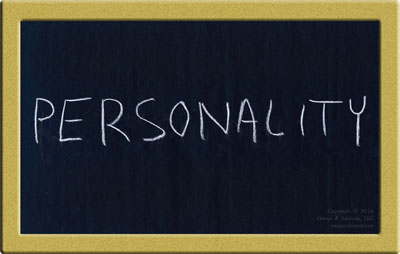 For instance, the five traits are:

What is the official term for being low in these though? Would it be closed-minded for open? Impulsive for conscientious? Disagreeable for agreeable? The info says nothing.

Even though the opposite of extraversion is introversion, the info shows bias here too. For instance, assertiveness and dominance are linked to extraversion. So introverts aren’t assertive and dominant?

Addressing Biases in the Big Five

To address these biases, I use the YinYang Problem-Solving approach. That means I ask two questions of each trait:

For instance, we have two main muscles in our arms. One allows flexing. The other allows extending. Pushing one to extreme at the cost of the other causes our arms to lock in place. They’re useless then. This is true for our traits.

When we apply these two questions to openness, extremely open people are more easily persuaded and distracted. They can’t stay off of anything new. The counter force that prevents these is selectiveness, being choosy.

So, rather than say those who don’t score high on openness are closed-minded, we can say they are highly selective, choosy. They take care in what they choose to explore and accept.

Applying these to the other traits, we find:

Understanding the Big Five Personality Traits from Other Angles

By understanding the big five personality traits from these other angles, it’s easier to spot them. This makes for better assessments. This happens in two ways. That is because we can now spot:

These other angles help offset the subjectivity inherent in assessing personalities. For example, an agreeable person to one could be disagreeable to another.

The two ways above help yield these other angles. A more complete view forms. Thus, the big five traits become more helpful in developing our personality assessing skills at work.