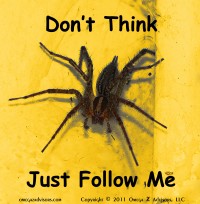 Popularity influences our decisions to the point that we often subjugate our desires to what is popular. It’s a form of peer pressure in which we resolve the cognitive dissonance by liking what others like.

While this rational herding (more) as it’s known, can serve the purpose of helping the uninformed make decisions by following those who do, the article, “Bandwagon Behavior” [The Economist, July 20, 2013 edition], cites potential problems. As Kory Kroft (University of Toronto), Fabian Lange (McGill University) and Matthew Notowidigdo (The University of Chicago) showed, those who are unemployed for long periods are penalized more in the job market than those with short periods.

More importantly, as Matthew Salganik (Princeton University) and Duncan Watts (Microsoft Research) demonstrated that we can manipulate popularity to influence decisions. By creating fake popularity rankings of songs, they could get listeners to change which songs they liked best. Only the most popular song or two did not succumb to changes. In the real marketplace, businesses tap into this by influencing consumer leaders, those who establish what is popular. This links rational herding with our tendency to follow leaders despite the facts or our preferences. By establishing what is popular, leaders save our time and effort by making decisions for us.

Still, even without a leader, the article cites Abhijit Banerjee’s (Massachusetts Institute of Technology) work showing popularity trumps facts over time. In other words, while the first decision might not show popularity’s power, successive ones become increasingly likely to do so. Thus, people are more likely to do what’s popular than what’s right. Of course, since reality doesn’t care what’s popular, this increases the likelihood for problems. However, for those who see this, it creates positioning opportunities.

So, what popular decisions have you witnessed lately?