This entry is part 5 of 8 in the series Inspirational

Driving change usually means going against the tide of history. It’s tough. Overnight, everyone becomes a historian. They say you can’t do it. Most of them never liked history. Suddenly, it’s their best friend.

The Tide of History

On Sunday, June 19, 2016 the Cleveland Cavaliers (nickname “Cavs”), a professional basketball team in the National Basketball Association (NBA), became champions. They had fight the tide of history to do it though.

In the final seven game playoff for the championship (called “The Finals”), they fell behind three games to one. Their opponent only had to win one more game to become champions.

In the history of the NBA, 32 teams had tried to come back from a 3-1 deficit to win the championship. None did it. Only two teams were even able to force a final deciding Game 7. The Cavs made history. They were the first team to become champions after falling behind in games, 3-1.

When Going Against the Tide of History

The Cavs’ experience has five tips for us when going against the tide of history. They help us do it successfully. They helps us to drive change.

The Cavs said they needed to win Game 5. They were confident about Game 6. It would be at home. As for Game 7, they said “anything can happen.” We often see uncertainty as bad. It can be good especially if odds are against us. Anything can happen.

The Cavs didn’t want to say anything that got the other team riled. Encourage naysayers. They feed the overconfidence of those who might oppose us. They don’t organize against us. Why should they? History is on their side.

The Cavs put faith in themselves and their support networks. These were their families and close friends. 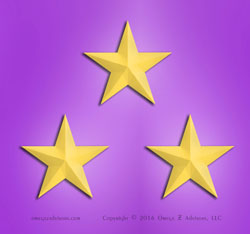 Leading change often means going against the tide of history.

The Cavs saw themselves as heroes. They knew they could overcome the odds. They focused on the next game, Game 5.

Heroes are not made. They are born. We are all born heroes. The hero archetype exists in us all. It exists in all cultures in all histories. Sports heroes are often just vehicles for us to express the inner hero in us. That’s what draws us to them. In reality, who is a hero is subjective.

This means avoiding the human tendency to compare ourselves to others (social comparison theory). We should follow our own heroic vision, not others’.

Doing anything for the first time is historical. We are born unique, the first of our kind. That is historic. It is in our DNA to make history. We do it from birth.

When History is Against You, Make History

When people don’t want to change things, they’ll cite history. “It has always been done this way.” Historians will multiply like cockroaches. Changing this attitude is going against the tide of history.

History though is filled with people making history. It takes any size and form. Some is public. Some is personal. When history is against you, make history. That is the only way more history is made . . . by people like you tapping their inner hero and going against it.