It’s simple. People like people who are like them. Yes, exceptions exist. They’re few though, very few. As a result, influencing others by talking like they talk becomes a key tool.

The importance of coming across like others shows up most quantifiably in hiring and voting. People hire those most like them. They support parties and candidates that fit their personalities. It’s much less about skills and issues.

In our daily lives, we see this when people highlight their commonalities. Influencing others by talking like they talk works the same way. It says we’re like them. Moreover, it will take a lot for them to notice it. Why?

The main reason is that they are too busy thinking while we talk. Another is that we don’t need to do it a lot. Finally, even if they catch it, they’ll take it as a compliment. 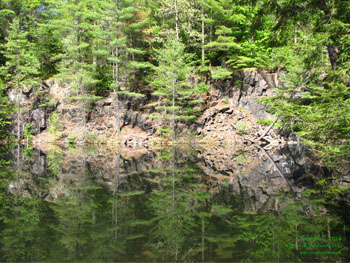 Influencing others by talking like they talk works because people see a reflection of themselves in us.

How To Begin Influencing Others By Talking Like They Talk

Influencing this way begins knowing the other person’s favorite words and phrases. They’ll seem like personal buzz words and clichés.

How important is this? Very. Recall, for instance, what people think of those who don’t know the buzz words of an industry. The same thing works here.

For instance, one study (pdf) showed that just mentioning the company’s name in an interview gave candidates a three-fold advantage over those who did not. Thus, depending on the degree of similarity in speaking, a 20% chance of getting the job could end up rising to as high as 50%.

Going Beyond Words And Phrases To Talk Like They Talk

Beyond words and phrases, influencing others by talking like they talk can include using the same tone and speaking speed. It can also include using their metaphors, stories and ideas to express other thoughts.

In the end though, most won’t see it. They’re thinking too much about what to say or enjoying themselves too much because someone sounds like they do. Besides, remember. Many times the best way to hide what you’re doing is to do it openly. They’ll take the copying as a compliment.