Becoming a better conversationalist is easier than most people think. A few tips will do it by tomorrow. Each link explores the tips further. That includes wording and phrasing examples. 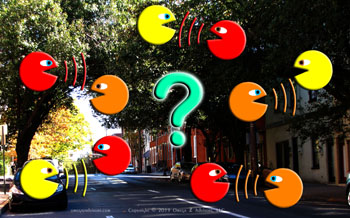 Questions, especially open-ended ones, are a great way to get a conversation going.

First and foremost remember this: you don’t have to talk much for others to see you as a good conversationalist. In fact, the less you talk the better you will seem. Asking questions is key. Get them to talk. Most people can’t stop once you get them going.

Yes, it sounds absurd. It’s a “Jedi mind trick” called projection. To offset people thinking they’re talking too much, they’ll think you are talking just enough. What? You think they’ll ever admit to themselves that they aren’t asking you a damn thing?

Now, asking questions is the idea, the strategy. Yet, we can’t just ask questions. We need to mix it up a bit. Otherwise, we’ll come across as interrogators. So, eight key tricks help us mix it up.

It’s easy to get caught up in the pace of a person’s speaking habit. It might be too fast. So, pausing is a great way to do that. It also shows that you are thinking about what the other said. There’s nothing wrong with a little lull. Thinking is good.

Acknowledging and encouraging also help here. The first says, that you’re hearing what the other says. “I see,” “Ok, keep going.” The second is more specific and can help focus someone who is all over the place. “Tell me more.”

We can even combine the two using the refer-back trick. “Can you go back to your point about ‘X’?  You mentioned it a bit ago in regard to X. Can you tell me more?.”

After these five tricks come three more that are in a different category. They aren’t used as often, but they’re big and play a huge role:

Synchronizing means using the words that the other person uses. If he likes to say “awesome,” use that in place of “great.” It’s like going to a foreign country and learning the language. Everyone has buzz words they like.

Summarizing and reflecting are alike. The first summarizes what was said, “So, you did this after you did that to end up there. Did I get that right?” The second reflects on what you noticed about how the person felt or might have felt. “It sounds like the experience made you quite happy. Right?” “It seems that’s really upsetting to you.” Closed-end questions often tag along at the end to confirm you got it right.

Of course, this crash course, by itself, won’t make you the life of the party by tomorrow. It does give you the tools to get invited back though. You won’t need all of them. Focus on three or four.

Moreover, practice whenever you can. Don’t worry. Plenty of people would love to answer your questions. It might take more a kick with some than others. In no time though, you’ll be a better conversationalist than 90% of the people out there.